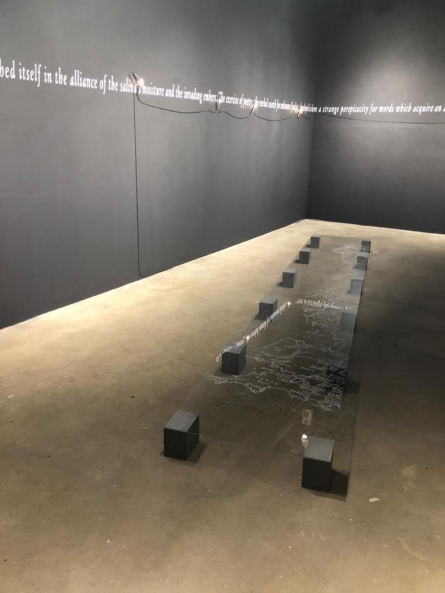 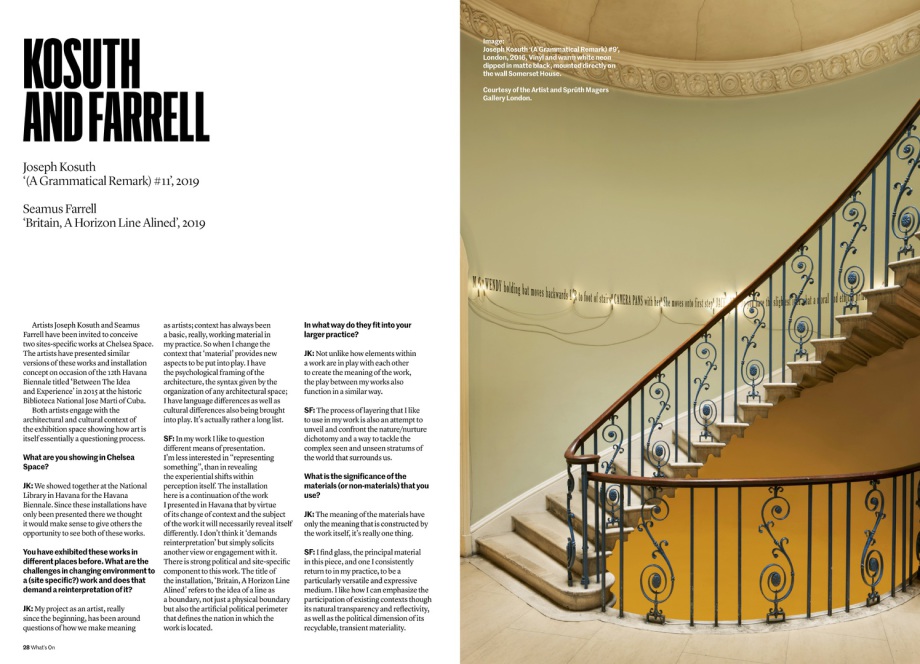 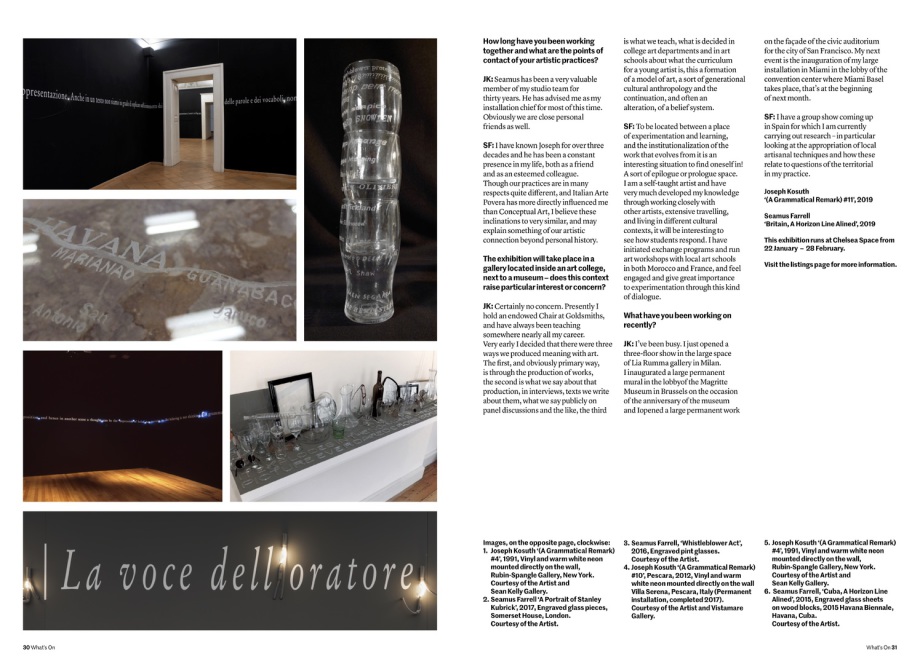 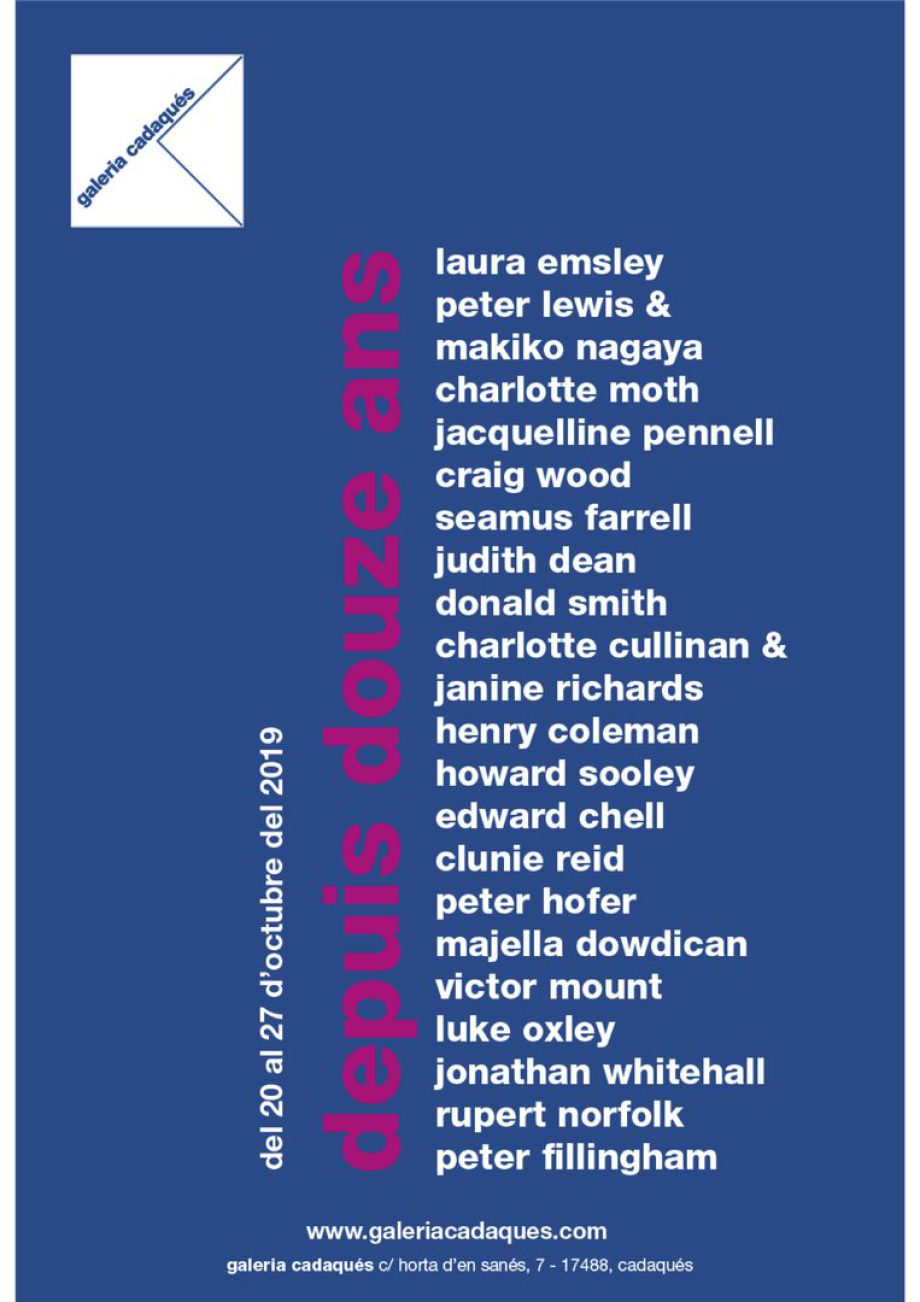 a Curated Installation by Joseph Kosuth

Castelli Gallery is pleased to present ‘Dot, Point, Period’, a Curated Installation by Joseph Kosuth at 24 W 40, from April 4 - July 20, 2019. Since the 1960s, Kosuth has used the “curated installation” as a key conceptual/aesthetic strategy for exploring questions of authorship and the basic nature of art. ‘Dot, Point, Period’ will be the first time such an installation has been displayed in New York City since Kosuth’s seminal, The Brooklyn Museum Collection: The Play of the Unmentionable was exhibited at the Brooklyn Museum in 1990.

‘Dot, Point, Period’ focuses on the dot or period as a graphic form that marks out a visual space and in so doing defines meaning in both written language and art. By punctuating intervals that delimit thoughts and also indicate moments of rest—pauses for the intake of breath—the period indexes the cadence of oral speech within text. Similarly, in art, the dot, fragment, or stroke registers visual continuities and ruptures that establish significant relationships between the constituent elements of an image. In this respect, the dot-form functions as a useful aid for shaping and coding meaning in both visual and verbal mediums, yet its rules are not essentially fixed in either. When considered independently from the structures of grammar, syntax, or composition, the dot’s semantic value remains indeterminate, awaiting the contextualizing framework of a given text or image. Consequently, the dot’s significance derives from its use, determined by convention and repetition, by what is built through and around it. The dot registers the influence of context in determining the significance of its component forms.

Participating artists have been invited to respond to a film, scene, character or theme from the Kubrick archives, shining new perspectives onto the cinematic master’s lifework. James Lavelle is collaborating with contemporary musicians and composers to produce a soundtrack to some installations creating a multi-disciplinary experience for the visitor.

Pioneering conceptual artist Joseph Kosuth will create an installation of text from Kubrick's films based on the language of Kubrick's work, while Britain's foremost political artist Peter Kennard will juxtapose images of characters set in the War Room of Dr Strangelove with present day leaders of nuclear states, in a statement about the renewal of Trident. Inspired by the Stargate sequence in 2001: A Space Odyssey, film maker Doug Foster will invite visitors to experience an endless, widescreen tunnel and referencing the same film, Mat Collishaw will make a spaceman’s helmet featuring otherworldly sights and sounds.

Doug Aitken will provide ‘Twilight’, a public pay phone bathed in a luminous glow, which will be reminiscent of the Dr Strangelove scene where Mandrake attempts to make a collect call to the President of the United States. Sarah Lucas will lend ‘Priapus’, a phallic sculpture suggestive of the iconic murder weapon in A Clockwork Orange.

The exhibition is supported by artist Christiane Kubrick, the director’s wife of 41 years, who will be exhibiting a painting and Jan Harlan, Kubrick’s Executive Producer for 28 years.  It is additionally endorsed by Warner Bros. Pictures, who collaborated with Kubrick on all his films since 1971.

The exhibition is co-curated by James Putnam  who was formerly founder curator of the British Museum's Contemporary Arts and Cultures Programme and is currently Senior Research Fellow Exhibitions at University of the Arts, London (UAL) where the Stanley Kubrick archive is housed.

Additional support for the exhibition is generously provided by the Blavatnik Family Foundation. 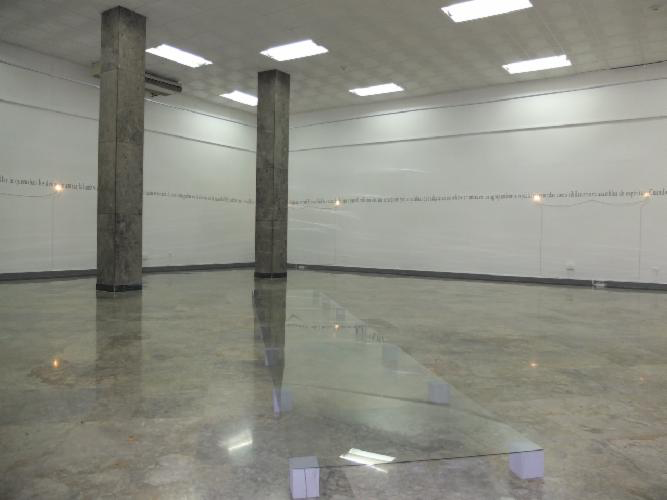 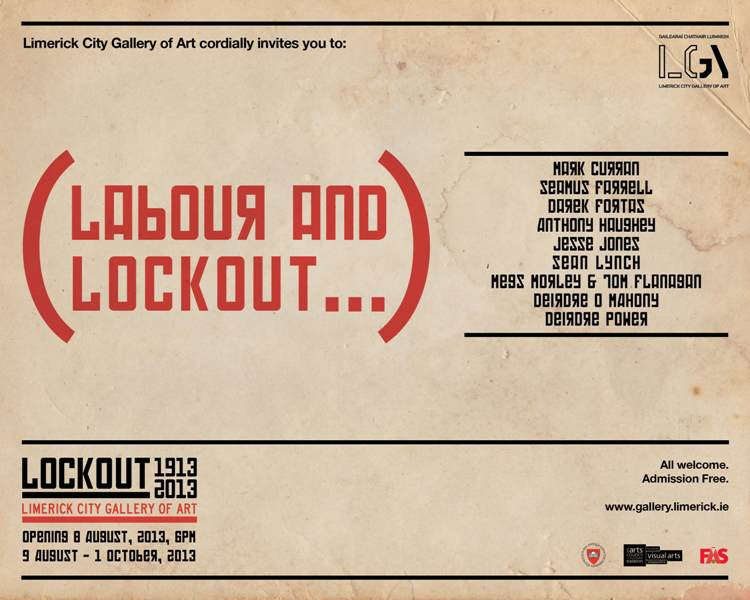 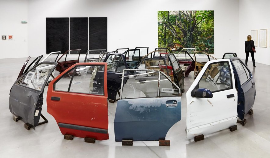 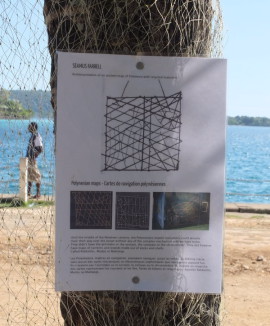 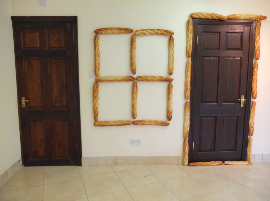